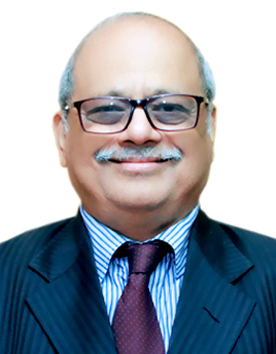 Obtained B.Com. from St. Xavier's College and LL.B degree from University of Calcutta and also became Attorney-at-Law at High Court of Calcutta.

Practised in Civil, Commercial, Constitutional and Company matters in Calcutta High Court both in the Original and Appellate side.

He was appointed as a permanent Judge of High Court at Calcutta on July 17, 1997.

He held various positions such as -

Was the Chairman of Institutional Ethics Committee of National Institute of Cholera and Enteric Diseases, Kolkata.

He is associated with many philanthropic societies such as -

He was the Chancellor of National Academy of Legal Studies and Research (NALSAR), University of Law, Hyderabad.

After retirement, he has been appointed as a Member of National Human Rights Commission, New Delhi and he joined the post on 29.6.2017.